What’s as old as The Odyssey and as new as Harry Potter? The mythical “Hero’s Journey.” In this type of plot, the main character sets out on some new path in life, literally or figuratively. Along the way, the hero meets mentors, gatekeepers, allies, and enemies. The hero is challenged and tested to the max and comes out wiser, a better person because of the ordeal. 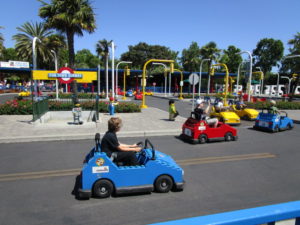 The Hero’s Journey is popular in fiction, because it reflects real life. Your life and mine are journeys through time. But even more, our lives are stories of our journeys, stories we write onto the fabric of time and place. Each life has a beginning, a middle, and an end. And like a good story, each life also has an echo that reverberates after we’ve left the stage.

We may not see ourselves as heroes – I know I don’t – but we are the main characters in our own journeys. Of course in fiction, each event in the story is there on purpose. It’s meant to move the story forward. Real life is much more random. When authors find random events in their manuscripts, they can go back and revise. In real life, we can’t revise; we can only move ahead.

Some people claim that everything in real life happens for a reason. That may or may not be true; we can’t prove it either way. What is true is that we may live our entire lives without seeing the reasons for certain events – assuming there are reasons. Even Solomon said, “Time and chance happen to us all.” Real life is messy. The journey is complicated and convoluted. There is no map, and the roads don’t all converge neatly just before “The End.”

Still, we search for meaning in life, hoping all those random events will add up to something good. But from where I stand, 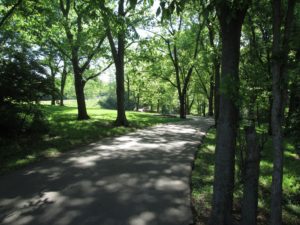 looking back and taking inventory, it’s hard to see a pattern. Some roads I’ve traveled were scenic and smooth; others were rough, unpaved detours. Some paths were total dead-ends. Others turned into steep hairpin curves, or tunneled through rock, or disappeared in fog. Other travelers’ paths often intersected mine, sometimes only briefly, at other times running parallel with mine for a while before diverging. What’s more, as I look back, I see so many “roads not taken.” I can’t help wondering what if?

That’s one of life’s mystery questions: What if? The question is not limited to looking back. It’s also the question we pose when we look to the future. What if I take that side road? What if I join that traveler? What if life makes the choice for me? 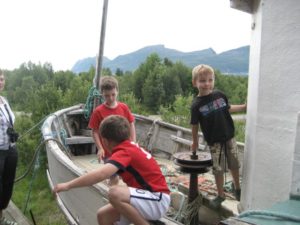 Because the path ahead is unmapped, it’s the grandest of grand adventures, a unique story among all stories, the most important of all journeys. And even though we hold no map, we do hold a vision of where we might go on this journey, of where we want to go, or maybe of where we should go (sometimes according to someone else’s vision).

Might-go, want-to-go, or should-go are sometimes the same thing, sometimes not. But aren’t they all aiming in the direction called better? Don’t we all want a better future for ourselves and the world? Don’t we want healthier, happier, wiser, more prosperous lives? Few people wake up in the morning asking what they can do to make their own lives miserable. Even misled people, who might choose to make themselves or others miserable, are trying to restore a balance as they perceive it – for example, to punish themselves or others, or to protect what’s left of themselves, or to take themselves out of the equation so that what remains will balance again. Most people move toward balance, which is generally what they see as better, broader, freer, healthier, and happier.

Enter our controlling beliefs. That’s another writerly term. In novels and movies, main characters often enter the story with what’s called a controlling belief, which is exactly what it sounds like: a belief so strong that it controls how the character makes decisions, interacts with other people, and responds to life’s challenges. Maybe her controlling belief is that she’s pretty but not smart. Maybe he believes money talks and everyone can be bought at a price. In the course of the story, events and people challenge the character’s controlling belief. In fact, sometimes that’s the entire point of the novel or movie. By “The End,” she may no longer hold that belief at all. Or he may have reframed his controlling belief in a way that’s healthier for him and the world around him.

Controlling beliefs are part of real life, too. We all have them. And is that so bad? Aren’t we supposed to be controlled by our beliefs? Actually, just the opposite. We should control our beliefs. We’re responsible for them. Those who are wise choose what to believe.

Choosing what to believe requires us to occasionally pause on our journey, take our beliefs out of our pockets, hold them at arm’s length, turn them around, and inspect them – topside, underside, front and back. We ask if this is truly what we believe, and if it is, why? If we don’t believe it, then we can’t assent to it with any kind of integrity. In that case, it may be best to set it aside. If we do believe it and know why – or we’re figuring out why – we put it back in our pocket and journey on. Either way, we move forward with open eyes, more intentional about who we are and what we stand for. When we control our beliefs as much as possible, we’re healthier and wiser and better able to help our fellow travelers.

What are your controlling beliefs? Okay, granted, we hold so many beliefs, we’ll probably never be aware of them all. But when we can identify them and become intentional about inspecting them, we begin to control them instead of letting them control us. And when that happens, we’re healthier and freer. So here’s to open eyes and open hearts!

Inspect a belief this week. Is it yours? Or did someone else ask you to carry it? If it’s yours, why do you believe it? It’s okay if the answer is simply, “Because I want to.” That’s sometimes the most honest answer.

Next week, I’ll muse some more on this Life Unmapped, the journey from blind belief to open-eyed faith. Until then, may you find joy in the journey.

If you want me to send these weekly posts to your in-box, just sign up on the right.