“It is very sad, my dear,” said Nina, our elderly Jewish guide. She was talking about the last synagogue remaining open in Alexandria, Egypt. There weren’t even enough Jewish men left to have a service there. One of my Jewish friends and I had just finished a tour of the interior by lighting candles mounted in a box of sand. (See last week’s post for the full account of that visit.) Now we were seated reverently in the front pew. Nina turned to me and asked, “Are you Jewish?” I told her that I’m Christian. “Is all the same,” she said. “Only one God.”

For a long time, I thought God was a name. It’s not. It’s a position. Like Mother – that’s not my mother’s name; it’s her position. Father is not my father’s name but his role in my life. I called my mother’s father Bopop, while one set of cousins called him Pawby and another set called him Poppa. His position: Grandfather. God: the One, the Most High, Creator, the Divine, Higher Power, Source . . . different cultures have different names for this Mystery that we barely comprehend. 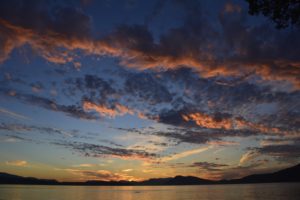 God, the great Mystery, is grander, wider, deeper, and fuller than anyone can know, and I suspect that our not-knowing is intentional on God’s part. I think God wants to keep us wondering. After all, what do we humans do with phenomena that we understand? We try to harness, control, or overcome whatever it is – weather or disease, or gravity, or the human brain for example. We try to figure out these mysteries – and control them. That’s obviously not the path God wants us to take in the spiritual realm.

Hundreds of times I’ve heard, “Someday (that is, when we get to heaven), we’ll know all about it. Someday we’ll see. Someday we’ll understand. God will explain everything.” Really? I don’t think so. I doubt that we’ll ever know it all. Maybe we’ll know more, but I suspect that whatever the afterlife looks like, full understanding will not be part of it. I think God will always be a mystery.

I grew up being taught facts about God and receiving the distinct impression that anyone who questioned those facts was risking his or her soul. Anyone who went further and disagreed with those “facts” was doomed to hell. We believed that what we believed was literally a matter of spiritual life and death. So those of us who did not want to put our souls in jeopardy embraced those “facts” without question. They became blind beliefs – until we honestly questioned them.

Questioning scares some people, but if a belief is worth holding, it should be strong enough to stand up to questioning. If it can’t 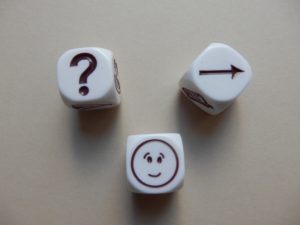 stand up to examination, is it really what we want to believe? Besides, a change in beliefs does not necessarily mean a loss of faith. In fact, beliefs can change even as faith steadily grows broader and deeper. I know that’s true, because that’s where I am. I try to hold my beliefs with a loose hand while remaining solidly planted in a deepening faith.

Is it possible to question blind beliefs and decide that they’re exactly what we believe? Sure. Then they’re no longer blind beliefs. We’ve examined them, accepted them, and know why we hold them. What if we can’t figure out why we believe, but we want to believe it anyway? In that case, we admit that the reason we believe is simply because we’ve chosen to. In either case, examining our own beliefs can help us respect the fact that others hold different beliefs. We’re all in process, and we’d all do well to continue to question, because that’s what a healthy faith does. And that’s what Mystery draws us to do: wonder. 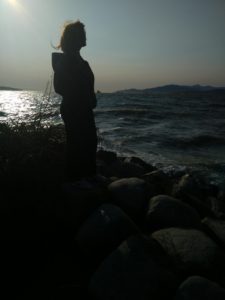 I don’t create spiritual reality. Nor do you. No one understands spiritual reality well enough to explain it. We all have our opinions and experiences, and we all choose labels and explanations for them. But our reasoning will take us only a short way before we’re at the end of our understanding, whether we believe in the Christian trinity or simply call the grand spiritual largesse “my Higher Power” or “the Universe” – or even if we don’t believe in anything spiritual at all. The fact is no matter which way we reason, it doesn’t change the reality of What or Who exists or does not exist as God. In other words, we can believe any way we want, but that does not change the fact of God’s existence.

It’s like belief in parentage. We may have been told we were found under a rock or delivered by a stork, but the truth of the matter is that you and I have a mother and a father. You may not know your mother and/or father; you may love them, hate them, feel indifferent about them, or even deny that they exist, but that does not change the fact that you came into being through a male and a female. Your mother and father existed and had names and gave you a blend of 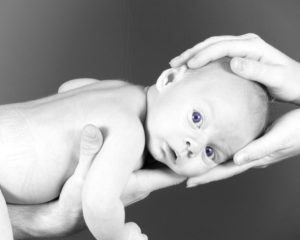 their genetic makeup. That’s a given. It’s also a given that the divine Mystery exists – in whatever way, shape, or form – in spite of what you or I or anyone else may call this Mystery and no matter what we believe about God. Whatever is, is.

But it’s human nature to categorize, define, and clarify, and since ancient times, we’ve done exactly that. It’s just that we don’t always come up with the same answers and definitions, especially in the spiritual realm. We’ve long been divided over what is. Even groups that follow the same holy book have split into sects or denominations that differ in their beliefs and are often adamant about defending the rightness of their views. God knows how often we exalt our positions on spiritual issues while vilifying those who believe differently.

Being a why person, I wonder why we can’t link arms and join each other in awe of the Mystery at the heart of life. Why can’t we agree? I think there’s an answer to that question, but it’s the subject of next week’s post. Until then, I wish you well on this unmapped journey of life.

(If you want me to send these posts and any updates to your email, simply sign up on the right.)