I have a gift. It’s a gift which allows me to be able to sleep almost anywhere. That might not sound like a gift, but ask anyone with insomnia or anyone who struggles to sleep and you’ll realise how big of a gift it actually is. So many of my friends are envious. Many of them struggle to sleep themselves and have tried all sorts of different remedies to help. The most successful seems to be cannabis and so most of them have now bought headshop products in hope of being able to sleep better. Me? I can sleep anyway. I just curl myself into a semi-comfortable position and nod off. And I’m grateful for it. I’ve done a lot of curled-up sleeping since we left Nashville. Our destination is Nairobi, and this is our third flight. On this eight-hour leg of the trip, I have a window seat, so I alternately doze and gaze out. 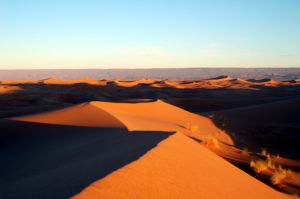 The skies are cloudless at the moment, which gives me a clear view of the landscape below, along with a real-life lesson in geography. We cross snow-capped Alps, their depths in shadow, their summits in sunlight. Then red-tiled roofs appear along the southern coast of Europe, and we head across the gray-blue, leathery looking Mediterranean Sea. Before long, the north coast of Africa comes into view with white, breaking waves edging a shoreline that curves westward, bare and bleak, leading to sand-tan dunes that extend as far as the eye can see – the Sahara.

I think of writer and aviator Antoine de Saint Exupéry and his book The Little Prince, which was inspired by his plane crash in the Sahara. Exupéry and his navigator survived the crash but had only the barest of maps with them. Plus, they didn’t know their location when they went

down. Taking their best guess at a direction, they began walking. After a while, they saw mirages, which is natural in the desert. But then they saw hallucinations, which is not so natural. Unless you’re dehydrated. On their fourth day in the desert, they got lucky. A Bedouin riding a camel found them.

Our flight stays aloft, and we fly inland over hours of desert. Tan sand dunes give way to darker, desolate looking flatlands of dirt. Then, shortly after we cross Sudan to the west of Khartoum, the sun sets, treating us to its evening performance, painting a majestic skyscape layered with magenta, orange red, and gold. But the show is a short one. We’re flying southeast, and the sun is flying west. It carries its artwork elsewhere, and we soar into the night. 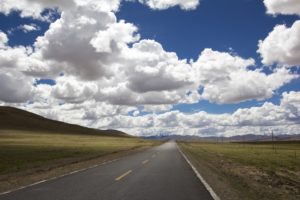 Growing up in West Texas, I often saw mirages. Highways out west tend to be long and flat and straight, and in the summertime, it’s common to see mirages ahead in the distance, hovering just above the hot, black asphalt. They look like pools of water, and if I hadn’t known better, I might have expected our family station wagon to splash right through them. Of course, by the time we reached the spot where the mirage had been, it had vanished, and another shimmering, teasing illusion had appeared up ahead.

Life is full of illusions of all kinds, physical, emotional, mental, and spiritual. Some serve us well up to a point. Like “sixty is the new thirty.” Thinking in those terms has a placebo effect. It makes me stand a little straighter and walk a little lighter. No harm done as long as I simply use the illusion to buoy my psyche. But I know it’s a mirage. I have the wrinkles around my eyes, the age spots on my hands, and the silver in my hair to prove it. But some illusions are not so tame. They seem so real that, knowingly or unknowingly, we buy into them, build on them, and begin to rely on them. They become blind beliefs.

Many illusions begin in childhood, like the Santa Claus myth, or the belief that animals can talk, or the notion that there’s a 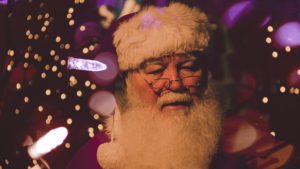 monster in the closet. As we grow older, we leave those illusions behind. But other illusions continue to guide us for years. In a favorite movie of my childhood, Walt Disney’s Jiminy Cricket sang, “When you wish upon a star, your dreams come true.” I was thirty-something and married with kids when I realized that Jiminy Cricket had lied. If you’re thinking that I should have known better, you’re right. But I was just a child, and Jiminy Cricket sang so convincingly that I believed him. The moral of that story is that some of us are slow to let go of illusions. Some blind beliefs die hard.

A few years ago, a friend confided to me that she was disillusioned. Her marriage had failed, and she was at a crossroads that felt critical to her. Should she move to a new city or stay put? Continue her career or make a change? Of course, I was not the one to answer those questions, nor was she asking me to. She just needed a listening ear, which I was glad to provide. I had only one observation: Disillusionment is not a bad thing. Being disillusioned is, in fact, exactly what we need, so that we’re no longer making decisions based on a delusion. (Cue the Johnny Nash sound track: “I can see clearly now; the rain is gone.”) 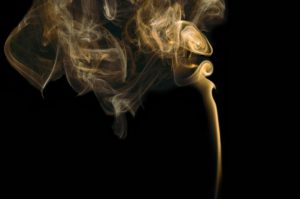 The word illusion can be traced back to the Latin “to mock.” An illusion mocks us, because we fall for it, thinking it’s the real thing. But it’s smoke and mirrors, a magician’s sleight of hand. It has no substance. Even if our dreams really do come true – and sometimes they do – that, too, can leave us disillusioned. We may see that what we dreamed for wasn’t really what we wanted. Or we realize that we paid a higher price for our dream than we thought we would. Or we discover that we’re still not satisfied. Author H. Jackson Brown advises, “Remember that not getting what you want is sometimes a wonderful stroke of luck.”

I suspect that many of our illusions are based on assumptions about what will make us happy. Ah, happiness. What is it? Do we deserve it? Where do we find it? . . . That’s a subject for my next post.