I am not a morning person. I wake up with an unfocused, dreamy brain and puffy eyes. This morning, it’s harder than usual to get out of bed, because it was harder than usual to fall asleep last night. Bumps and clanks and indistinct voices kept drifting upstairs from the basement, where my older son and his set crew worked past midnight preparing backdrops and props for an indie film. But day has dawned, and I have a full schedule. Fortunately, it doesn’t take much brain power to make the bed, so bleary eyed, I stumble out of bed and begin smoothing the sheets.

As I draw up the bedspread, I notice two wide, gold, feline eyes peering out from the space between the bed and the 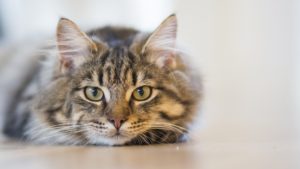 nightstand. Normally that wouldn’t be so unusual. We have two cats. But this is not one of them.

I stare at the cat, the cat stares at me, and my mind kicks into gear. The intruder must have sneaked into our house through the basement door as the crew trekked in and out. No problem, I think. I’ll just carry the cat downstairs and out of the house. Obviously, my mind is not completely in gear or I would have thought it through. After all, I’m a stranger, and the cat doesn’t know I’m here to help. As I reach for him, he becomes all sharp teeth and hisses.

Right. I’ve had less than pleasant encounters with my own angry cats, so I shift to Plan B: coax the creature out with cat food. It doesn’t take long to see that Plan B isn’t going to work either. I thought that might calm him down, but clearly not. My mind is racing, thinking of ways I could possibly help the crazed creature relax. Is there lavender for cats? I know there is somewhere, and I know it helps to calm them, but unfortunately I don’t have any to hand. Plan B over. 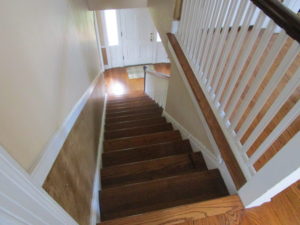 Okay, on to Plan C: Call for backup. I enlist my son’s help, and we formulate a plan. We’ll blocks all exits except one path: bedroom door to stairs leading down and out the now-wide-open front door. My son will stand by near the bottom of the stairs to make sure the cat heads out, and I’ll use a broom to herd the cat toward the escape route. But of course, with broom in hand, I appear even more threatening to the cat. I succeed in getting him out of the niche, but he’s now a frantic ball of fur, shooting across the room, dodging the broom, and leaping from one closed bedroom window to another. He even tries a vertical climb up one of the window shades. Both cat and shade lose in the attempt. I think I might need to invest in new window shades because of the cat. Although, a friend of mine was telling me about the benefits of window film security so I might have choose that instead of some new window shades. I’m quite big on home security so the film definitely seems like a better option for me. I’m sure the cat would prefer it too! Window shades do look pretty though. I might go for a different look this time so I’m considering buying some programable motorized window shades to see if this will stop him from jumping at them. Only time will tell.

So. There I stand, broom in hand, watching a ballistic cat pinball around the room. Come up with Plan D. Fast. I figure if the cat wants a window, I’ll give it an open one. Since we’re upstairs, the obvious windows to use are the ones that don’t lead to a two-story drop. They’re side by side above my writing desk and look out onto a roof that slopes toward our deck and a porch swing. I open one, raise the screen, and again take up my post as cat herder.

This time, I manage to sweep the cat toward the two windows, one of which stands wide open, practically flashing “Escape 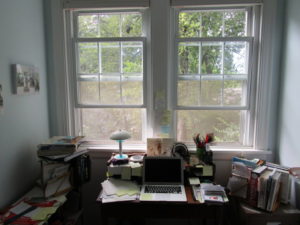 Route Here.” Obvious, right? Not to a panicked cat. Instead of leaping out the open window, he hits the closed one, where he frantically climbs and scratches. I’m thinking this is crazy. Only a few inches away there’s an open window, but the cat is so panicked he can’t see it.

I don’t know what finally clues the cat in, but at last he spies the way out. He leaps, hits the roof running, and barely touches the top of the porch swing as he sails past on his way to solid ground.

Sometimes I think we’re like that cat, pressured and anxious, unsettled and overwhelmed, scrabbling at the closed window, not realizing that the window open to freedom is so close – only a glance away, a breath away, a thought away. 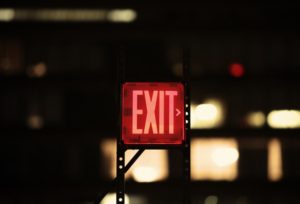 Life demands so much of us. Could freedom be as simple as a pause, a deep breath, and a choice made with our eyes open? I believe it can. I believe there’s an open window that can set our souls free, heal us emotionally and perhaps physically, and leave us carrying a sense of calm that will see us through the challenges of our unmapped life. The window is forgiveness. It always stands open, and we can leap out whenever we want. It’s that simple. But, as we know, simple is not the same thing as easy.

Next week, we’ll explore why such a simple act can be so hard.