School let out for summer last Friday. Neighbourhood pools are opening this weekend, and vacation plans are now in play. Back in the day . . . and we’re talking way back in the 1960’s . . . this began summer vacations as I recall: 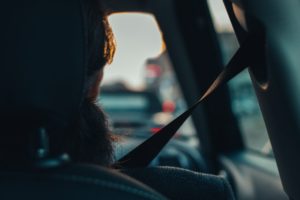 We pile into the Oldsmobile station wagon – Daddy, Mother, me, and my three little sisters. We girls clamour for seats. Middle seat in the front is popular. Middle in the back is not. And the way back? A couple of years ago, the way back was definitely not popular, because the air conditioner couldn’t blow cool air that far. Then Daddy bought a length of dryer vent hose, wiggled one end around the front air vent on Mother’s side, and stretched it through the car to the back so we could get some cool air. Now the way back is a choice.

I happen to know that we’re lucky to have any cooling at all. I’ve heard Mother and Daddy talk about a time when cars had no air conditioning. That was when they were growing up and even the first few years after they married. This seems a crazy concept when pretty much all cars, homes and buildings have air conditioning today. And even when it breaks in your home, you can call an air repair company who will fix it at the drop of a hat. Back in those days, cooling was all natural: wind blowing through open windows onto sweaty bodies. Compared to that, Daddy’s rigged-up system isn’t so bad, although it’s a little tricky climbing out over a dryer hose. But, then, we don’t climb out very often. Daddy is a destination driver: get behind the wheel and stay there until we arrive at the journey’s end. 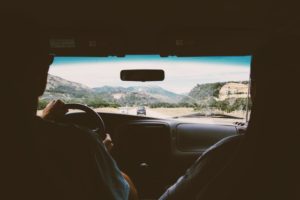 Of course, he does stop for gasoline and potty breaks. And meals. We’re quite a crew around a table at restaurants as we wait for our orders. We swing our legs and fidget with the silverware. One little sister smacks her gum, which annoys me to no end. It doesn’t help to tell her to stop; she only smacks louder.

To keep the peace, Mother, who loves Scrabble and crossword puzzles, hands out pencils and challenges us to play word games. One of our favourites is trying to see how many words we can make out of a word or phrase she gives us. We write on small note pads Mother carries in her oversized purse. Or if the restaurant has paper placemats, we write on those, sometimes using the name of the restaurant as our challenge word. Chicken Shack yields neck, kick, sack, ice, case . . . before we’ve exhausted the linguistic possibilities, our meal has been served. 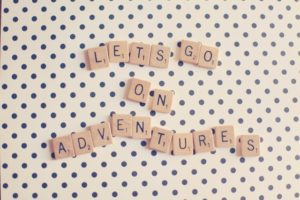 With all my childhood word-game practice, I guess it’s not surprising that I grew up to have a career in words. Occasionally, I even receive payment based on the number of words I write or edit. (Payment per word would have taken the placemat game to a whole new level.) Trained as a wordsmith, I often see words within words, so when I decided to set down my thoughts about failing, I found words lurking in failure: lure, ail, frail, rail, rule. Then I saw life, which seemed appropriate, because while failure can feel more like death than life, there truly is life in failure. 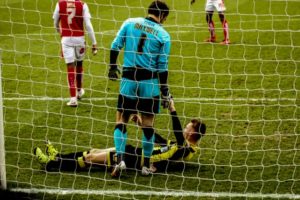 A student fails her test. A football player fails to catch the winning pass in front of thousands of spectators. A crop fails. A marriage fails. A medical treatment fails. A train’s brakes fail. Each is a setback, minor or major. Each is the death of what we desired or anticipated in that moment.

The word fail comes from the Latin word for disappoint. I guess that’s why it feels like a kind of death. It’s the death of an expectation or an effort, which makes it related to disillusionment but without the illusion. The goal we’re hoping to reach is no mirage; it’s very real. It’s just that we didn’t reach it. Which can leave us feeling ashamed, inadequate, embarrassed, or totally done in.

Or not. Some people are able to take failure in stride. Whether that’s because they were raised and trained in that perspective or because that’s their natural temperament, I don’t know. Probably some of both. You failed? Then next time, “Fail better,” advised Samuel Beckett. Robert Kennedy famously said, “Only those who dare to fail greatly, can ever achieve greatly.” People who are 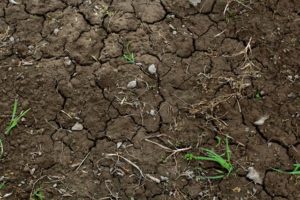 undaunted by failure take “there’s life in failure” and turn it on its head: There’s failure in life. Totally true. Failing is how researchers and artists find their way forward. In fact, it’s how all of us find our way forward. It’s how we come of age. Life is too big for any of us, and we’re always trying to grow into it. We fail our way forward.

I suspect that most of us are not in the “undaunted” category, as evidenced by all the self-help and encouragement books on offer. For us, while we can easily find life in failure written on a placemat, it’s not so easy to find the life in a failure on the job, or in a relationship, or after trying to achieve some goal we’ve pursued with all our time, energy, and heart. In fact, some of us are so daunted by failure that simply the fear of failure can stop us in our tracks. Case in point: the book I’m currently writing. Every time I sit down to write another chapter, my shoulders tense, my belly gets butterflies, and my fingers hover above the keyboard, hesitant. Some days that fear is just a speed bump. Other days it’s Mount Everest.

Why does the fear of failure loom so large? That’s a subject for next week’s post. In the meantime, Happy Vacation Time! 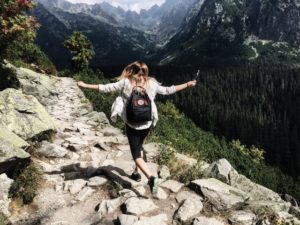