“Forgiveness is not just an occasional act: It is a permanent attitude.” 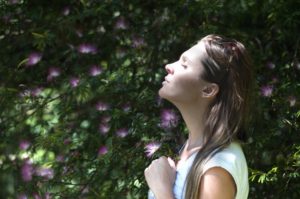 In the process, we come to several crossroads. One asks us to choose whether or not to confront the person who offended us. We have to be pretty settled in ourselves to confront someone face to face. After all, forgiving is based on an accusation that a wrong has been done. If the person who hurt us hasn’t acknowledged the wrong, it takes courage on our part to approach them. To be honest with myself, I need to make sure I’m not confronting someone expecting (or worse, demanding) that they feel remorse and make amends, which they may or may not do. Of course, the other person may be completely gracious and open to discussing the grievance and receiving forgiveness, and confrontation – in the spirit of working it out to restore the relationship – may be exactly what’s needed.

But to confront or not confront – that’s not the most important question. To forgive or not forgive – that’s the question. The truth 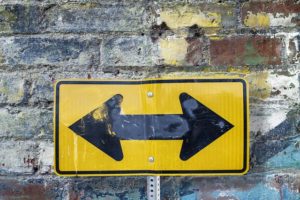 is, forgiveness does not depend on an apology. We can set hurts aside without a big confrontation or ritual. I’m not talking about stuffing our hurt or ignoring it, in which case it bides its time only to roar back to life later. I’m talking about acknowledging the hurt, forgiving it, and then allowing time and daily living to dilute the offense (as opposed to stoking the fire under it and letting it ferment into poison). We can refuse to let the offense taint our present or our future. The point is not to deny the fact that there was a wound but to let the wound heal. And if we’re left with scars, we don’t deny those, either. But neither do we let our scars define us.

As we look to the future, we come to another crossroads: We can either close our hearts and protect ourselves, fearing we’ll get hurt again, or we can open our hearts, trusting ourselves to be able to deal with whatever lies ahead. When I was wrestling with this choice one time, a friend asked, “Can you be open but not porous?” It seems to me that a permanent attitude of forgiveness would be just that: open but not porous. Opening our hearts makes life so much richer. It makes what we do more effective. It leads to our own health and growth as well as promoting the health and growth of others. 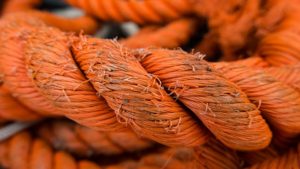 Self-condemnation turns our life journey into a slog. For our health and peace, and for the health and peace of the world, we need to be free from self-condemnation. There is an open-eyed, open-hearted leap that takes us to that spacious freedom. We’ll look at that next week as I share my final thoughts on forgiveness.