“The thrill of victory, the agony of defeat.”

If you’re of a certain age, you may remember those words opening ABC’s Wide World of Sports on television. The winner of a race received the trophy cup as the announcer said, “the thrill of victory.” The next scene was a downhill skier wiping out as the voice continued, “the agony of 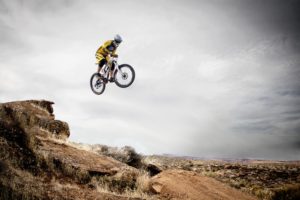 defeat.” We equate failure with defeat. We’re taught to win. The rags-to-riches stories we love are wins, successes against the odds, the rise and achievement of the underdog. Most of us root for the underdog, because we can relate.

We don’t like to fail. In fact, many of us fear failure. Why? The obvious, simplistic answer is, “Because succeeding at this matters to me.” But again, the question is, “Why?” Why does it matter? Because my heart is set on succeeding? Because someone else’s heart is set on my success? Honor, income, health, happiness, position, or the simple satisfaction of a job well done – any or all of these may be what I expect of myself or what someone else expects of me. So either my own expectation or someone else’s expectation is pinned to my success.

In the 1970’s when I was getting an education degree, we were encouraged to create a non-competitive environment for our classrooms. Even in 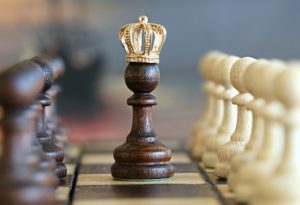 games, we emphasized fun for everyone instead of focusing on who won and who lost. It was an honorable goal, but non-competition wasn’t completely doable. In real life, success gets the glory. Achievements receive the accolades. Accomplishments gain honor and give us the high. Failure often gets reprimanded or shunned. So when we fail, we often wrestle with feeling inadequate, unworthy, ashamed, maybe even doomed. It’s embarrassing to not be good enough. We begin to wonder if our efforts were wasted. Or was the dream of success a mistake to begin with? We spent all that time and energy and hope for nothing. At least that’s what it feels like.

The thing about failure is that we often take it personally. Our business fails, and we translate it into I am a failure. Our marriage fails, and we think, I am a failure. True, we probably bear some responsibility for what happened, and it’s only honest to admit that. Did I make mistakes? Yes. Does that mean I am a failure? No. Did I fail to speak up when I should have? Yes. So am I a failure? No, I’m human, and the fact is, human endeavors sometimes fail. 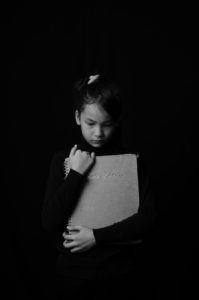 One reason we hate to fail is that failure can threaten two of our deepest needs: belonging and being loved. If meeting those needs hinges on our success, then, of course, we fear failure, because we fear rejection. Conditional love and acceptance are powerful forces, especially if that’s the only kind of love we think we can get.

The fear of failure and rejection is basically universal, but I sometimes wonder if we Christians have an extra hurdle to clear. Many of us were raised with an overarching life theme that connects success and failure to the afterlife. In other words, heaven is the reward for successfully living up to the church’s standard, while failing to live up to the standard earns hell. That means choices are critical – and not only when it comes to the big issues. Small choices can lead down a slippery slope, snowballing into big consequences and an eternity of doom. So success becomes all important. Especially if we envision God as the Great Scorekeeper or the Principal of Life who hands out reports cards at the end of the grading period.

It’s no wonder that many of us believed that what was expected of us was nothing less than perfection. Of course, if we thought about it long enough, we readily admitted that we were not perfect, but we quickly added that we were becoming perfect, growing more like Jesus every day. We memorized, “Be perfect as your Father in heaven is perfect.” Seen through that lens, perfection equals success. 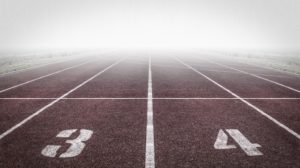 haven’t. It’s not a human quality. Have you ever met anyone who believed they were perfect or acted as if they were? I have. It’s not an endearing quality. But if we’re afraid to fail for fear of being rejected or condemned, then we hesitate to admit that we’re imperfect. We’d rather wear the perfect mask than join the human race and admit that we’re just as cracked – maybe even more cracked – than our neighbor who doesn’t even go to church.

It’s ironic, but “I-must-be-perfect” is one of those blind beliefs that makes questioning other blind beliefs a risky undertaking. Because if I question, that’s tantamount to admitting I’m not perfect. And if I admit I’m not perfect, that domino falls, taking down a whole line of dominoes with it. Then where are we? 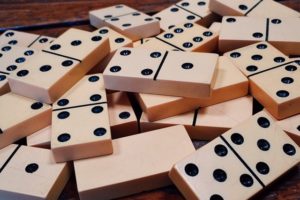 Actually, we’re right where we’ve always been, traveling with every other human being on an unmapped journey with an uncertain future. In the midst of that uncertainty, the one thing we can count on is the fact that we’ll fail again and again. Coming of age is risky, no matter what age we are. Sculpting our own identity is risky. Opening our eyes and hearts and minds is risky. Letting go of blind beliefs is risky. At some point, we will fail to live up to someone’s expectations, maybe even our own. We will disappoint someone, maybe even ourselves. But that might not be such a bad thing.

Next week: How to be Perfectly Imperfect