We’ve all heard the adages:

“If at first you don’t succeed, try, try again.”

Ah, but Churchill didn’t end there: ” – never give in, except to convictions of honour and good sense.” Like they say out West, “When your horse dies, it’s time to get off.” 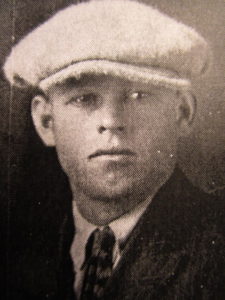 When the great depression hit in 1929, my grandad (that’s a photo of him) had a wife and a baby (my dad). Jobs were scarce, so Grandad traveled around the South, as he said, “feeling the country out, you know – for a job.” For a while, he loaded trucks by hand. Then he shoveled gravel, earning a dollar and a half a day. The family was poor, but they got by. As the years passed, Grandad worked hard at whatever he could find to do. Eventually he became a successful businessman and rancher. But on the way, he failed a lot. He bought a hotel. It failed spectacularly. He bought a dairy farm. It didn’t work out. He started raising sheep. No go. But Grandad always shook it off and moved on, saying, “Well, I learned what not to do,” which in his view was just as valuable as learning what to do.

I don’t know what it’s like in other careers, but within the writing community, an abundance of social media voices cheer us on. “You can write a novel! You can get published! Don’t give up!” Hundreds of writers and writer-coaches encourage us daily to stick with it, don’t drop it, stay in the game. I suspect that whatever your aspirations, writerly or otherwise, you can find plenty of motivational blogs and books ready to plump up your courage, inspire your vision, and help you persevere until you succeed.

All of this can make it hard to quit. If, in spite of the cheering voices, we do quit, we may feel deeply ashamed. Because quitters 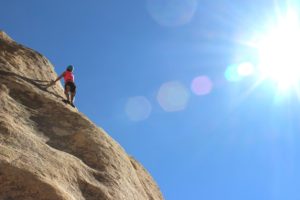 But “Quitters do win,” tweeted author Meg Cabot. “By quitting what you know isn’t working, you’ll have time to discover new things you might love.” By the time I saw Meg’s post on my Twitter feed, it had been favorited by 168 followers and reposted by 125. I clicked on the heart symbol too, thinking yes! Finally, someone had the sense to expose the wrong-headedness of the blind belief that quitters never win. Someone had the courage to give us permission to quit.

We may have to be honest with ourselves and admit that our chances of success hover at or below zero. Once we’re at that point, we can go one of two directions. We may decide it’s a not-yet situation, so we take what we learned from the failure and try again (and again and again), improving until at last we find success. After all, the dance is learned by stumbling. Or we cut our losses and move on. Ironically, admitting defeat may be a form of success. Learning what not to do is immensely valuable. 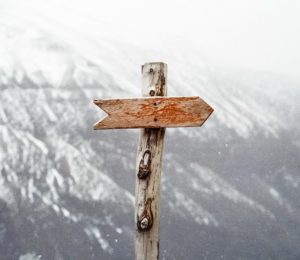 Whether we stay the course or quit, the experience we’ve gained by failing can actually help us find our way. Randy Pausch, who was a professor of Computer Science, Human-Computer Interaction, and Design at Carnegie Mellon famously said, “Experience is what you get when you didn’t get what you wanted.” Sometimes that experience tells us that we’re on the wrong path. We can’t start looking for the right path until we accept the fact that we’re on the wrong one to begin with.

“There is nothing finer than being able to stop what ought to be stopped,” wrote Eric Maisel, a psychologist and creativity expert. There may also be nothing more difficult if our own expectations – or someone else’s – are invested completely in success. But as Tim Farrington wrote in The Monk Downstairs , “There is that lightness that comes when you realize that you’re not going to be able to make something work, no matter how hard you try. When you finally let go.”

Of course, the flip side of failure is success – and, frankly, nothing fails like success. But that’s next week’s topic.