“The poetry of the earth is never dead;

When all the birds are faint with the hot sun,

And hide in cooling trees, a voice will run

From hedge to hedge about the new-mown mead.”

“On the Grasshopper and Cricket”

Grasshoppers, cicadas, droning bees drunk on nectar – lazy late-summer afternoon sounds. Not that I have much time to be lazy these days, but the 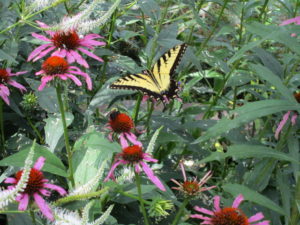 buzzing of insects in branches overhead and grasses underfoot remind me of slower days in my childhood. And it’s not really that childhood afternoons spent outdoors in the West Texas heat could be called lazy, even if we were lolling about on a barely-moving swing or lying in the grass watching roly-poly bugs. No, those afternoons were a necessary pause, a child’s rest and reverie, an expression of curiosity and wonder, a way of absorbing nature and beauty and goodness – underscored by an orchestra of loud, raspy voices coming from tiny creatures in hedges and trees and grasses.

In West Texas, we had glossy black crickets. Jiminy crickets. They would often 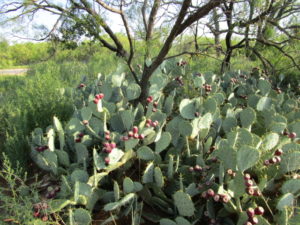 show up indoors. We didn’t mind watching them or catching them. They were friendly crickets. And goodness, how they could sing! Later I learned that you can figure out the temperature by counting their chirps. It’s true. The Old Farmer’s Almanac says: “To convert cricket chirps to degrees Fahrenheit, count number of chirps in 14 seconds then add 40 to get temperature. Example: 30 chirps + 40 = 70˚F.”

I live in Tennessee now, and we have brown, humpbacked camel crickets, many residing in our basement. And we have cicadas too. This is the first summer 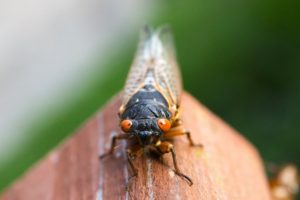 that my toddler grandson has been aware of their summer concert. The insect orchestra is one of the first sounds we hear when we visit the zoo. It accompanies the flitting dance of butterflies and the steady march of ants, the lumbering trek of beetles and the skitter-and-curl of roly-polies, and at night, the flicker of fireflies. My grandson is discovering all of these, and I’m rediscovering them with him.

Leo Lionni, an award-winning children’s author and illustrator, created a beautiful book entitled Frederick. Frederick is a mouse who lived with many 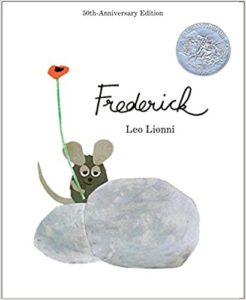 other mice in an old stone wall. In the summertime, all the mice busily worked in the fields each day, gathering seeds to store within the wall for the upcoming cold weather. All the mice, that is, except Frederick. He sat on a large rock and basked in the sunshine. When the cold weather arrived, the mice holed up in the wall, where they began to eat from their store of seeds.

Now you may remember the fable of the grasshopper and the ants and know that the grasshopper frittered his time away as the ants worked, so when winter came, he didn’t get any of their harvest. That’s not where Lionni goes in his story. As the mice ate from their seeds, Frederick got to eat too. Because Frederick hadn’t just been lazing in the sun all summer. No, he had been gathering the colors and sounds and scents and textures of the warm weather. Now in the frosty season of the year, he reminded the others of what that warmer time looked like and sounded like and smelled like and felt like. Frederick was a poet, and with his words, he painted summertime in the middle of winter. 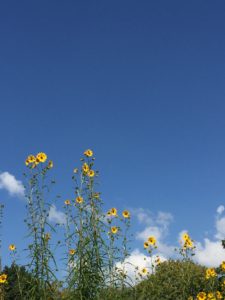 That’s what we were doing back in those days of childhood, you and I, as we lay in the grass or slowly swayed in a swing or tossed a stone into water to watch the ripples. Or listened to the voices in the hedge. We were gathering colors and shapes and sounds and smells and textures and flavors that, even now, we can close our eyes and see. We were gathering childlike joy for this season of our lives. We were gathering wonder.

We can still gather wonder. Pause for a moment this week to listen to the buzz of insects. Or to watch a butterfly, a moth, an ant, a beetle. And remember what fascinated you in nature when you were a child. What did you gather for this season? 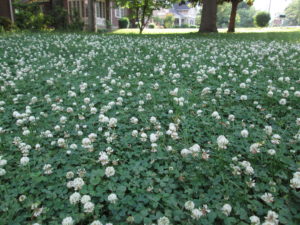 Text and all other photos © 2018 Karyn Henley. All rights reserved.